Have you ever yearned to understand where you fit in your surroundings?

Have you ever tried to figure out your purpose within an existence?

Have you ever, deep down in your heart, knew that there had to be more than what life placed in front of you?

The film, set in 1962 follows a mute woman named Elisa Esposito (Sally Hawkins) who lives her almost “ground-hog day” of a life, living each day as a replica of the one before. She awakes every morning, prepares for her day for work, fixes her lunch, checks on her neighbor, Giles (Richard Jenkins), rides the bus to her job as a cleaning lady in a government research facility where she works with her best friend, Zelda Fuller (Octavia Spencer). Very routine, very mundane, very uneventful. Even the opening scene provides a sort of escapism into what appears to be a dream sequence where she and her living surroundings are completely under water. When her alarm clock sounds, the water is no more and she wakes only to face another day.

Until the day she comes face to face with a striking aquatic creature that’s been pulled from the depths of the Amazon by the film’s antagonist, Richard Strickland (Michael Shannon). She is captivated by this seemingly mythical being, but it’s not a fantasy, it is real. It is brought in as a creature to study during the height of the Cold War to give the U.S. an edge against the Russians when it comes to revolutionary scientific discoveries. (It is interesting to note that the time this film occurs is right before the pivotal point of the Cold War – the Cuban Missile Crisis.) She finds herself drawn to this amphibian creature and begins sneaking to be in his presence.

This movie is absolutely beautiful to watch. The cooling blues, greens and teals give the film a peaceful, calming feel which was the direct opposite of the fiery race-to-the-top with Russia backdrop. From Strickland’s teal Cadillac, to the green gelatin mold in Giles proposed painting for an advertisement, to the green key lime pies in the diner, these aquatic colors symbolize the future and perceived success and are woven throughout the film.

Mr. del Toro also exposes social themes that ring as true today as they did back in 1962.

During a scene between Elisa and Giles where she is trying to convince him to assist her with an escape plan for the aquatic creature she has fallen in love with, Elisa delivers a beautiful “monologue.”  She expresses how she is viewed in the world and how she is no different than the creature; both are viewed as oddities. At the end of her plea, she exclaims in forcible sign language, “If we do nothing, neither are we.” 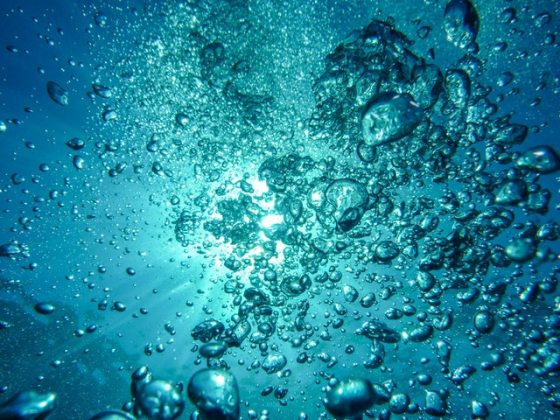 If you watch carefully, you’ll notice the water motifs that are sprinkled throughout the film to help reinforce its aquatic theme –

In addition to the water motifs, there are also several time motifs, which are probably more prevalent –

Also, in examining the title “The Shape of Water,” it’s apparent that water has no definitive shape. It takes on the shape of the container it is enclosed in or it takes on the shape of its surroundings. If we take it further and think of water as being a metaphor for life, we can surmise that we (the vessels or containers) shape the lives that reside inside of us through our actions, our emotions and our mindsets. Just as Elisa exclaimed, “If we do nothing, neither are we.” What good are we if we take on an emotionless, unimpactful existence?

Hummm…maybe that’s a stretch, but it sounded good when I was thinking it.

I walked into this movie not knowing anything about it and thoroughly enjoyed it. The Shape of Water is a love story with the good dose of fantasy and dark humor, with a thrilling sprinkle of espionage. This movie would be an excellent date movie too, especially if your date is a fan of del Toro’s Hell Boy. Don’t ask, just trust me on this.