It has been 44 years since the Prairie View Interscholastic League (PVIL) last governed high school sports teams. Prior to the desegregation of UIL in 1965, PVIL was the governing body for all black high school student activities.
18 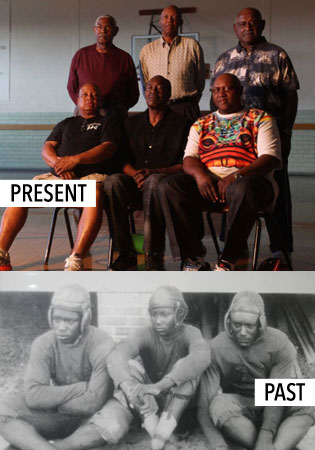 The PVIL began its existence in 1920 when Texas high schools were still segregated. Despite the divide, the University Interscholastic League (UIL), the governing body of white high schools, created the Texas Interscholastic League of Colored Schools, which would manage black high schools. The white community referred to the TILCS as such while the black community labeled it the PVIL or “Negro League.” From 40 schools in 1921, the PVIL blossomed to a 300­school league by 1927.

With a league of their own, black high school students competed and showcased their talents in academics and athletics. According to pvilca.org, academic competitions included debate, typing, literary, band and music. Prairie View A&M College hosted both academic competitions and state athletic meets, which is why the PVIL was titled as such. In 1965, the UIL Legislative Council voted to remove the stipulation that its member schools must be white. Due to this, in 1970 the PVIL ceased operations and merged with the UIL. Now white and black high schools could compete against each other. But more importantly, the merger signaled hope for integration.

On March, 1, 1980, the PVILCA formed with three purposes according to its website:

Engagement did provide the PVILCA space at the Griffin Building on 11th Street where the PVILCA keeps memorabilia and holds board meetings.)

On July 23, 1980, the PVILCA held its first Hall of Fame banquet in Houston, Texas to honor former coaches, athletes and other key contributors during the PVIL’s existence.

This year, 11 men who played for Austin’s LC Anderson High School were inducted into the Hall of Fame. This group included Carl Crenshaw, who attended LC Anderson back in 1947 and participated in football and track until 1951. He also had the opportunity to play for Samuel Huston College before it before it merged with Tillotson College. Huston­Tillotson College today is a historically black college.

WHERE THERE IS NO VISION, THE PEOPLE PARISH

The late Joe Wade, who passed away in 1999, will be posthumously inducted, as he was part of a two­time state football championship team that went undefeated in 1957 and 1958. “Flying Joe Wade” was a four­year letterman and earned two All­State honors during the championship seasons.

While the PVILCA recognizes its past, it also has a connection with today’s high school students by awarding the PVILCA Athlete of the Year awards to deserving youth.Dana Barnes, a PVILCA Board of Director member, said that these people are selected based on both athletic achievement and a grade­point average of 3.5 or higher. Starting next year, an essay will be required of applicants.

“Our goal is to have the graduating students learn, understand and appreciate the efforts and sacrifices of the African American students, teachers, coaches and community that came before them,” Barnes said. “People and communities that unfortunately do not exist today.”

By recognizing graduating high school students along with those individuals that played, coached and participated in the PVILCA, Barnes said, the PVILCA feels that the history and vision of the organization can and will flourish.