He had an epiphany one day: "Try making a legitimate living one more time." Little did that young man, accustomed to tempting fate on the streets of St. Louis, know that he was on the path to serving as CEO of an organization he had benefited from in his past.
6

Because of this, and many other ways, Quincy Dunlap has seen divine intervention work in his life, he is able to dream big. He learned to dream big for his own life and escape a self-destructive pattern and now dreams big for the Austin Area Urban League (AAUL).

Dunlap had never been to Austin before he arrived for the interview for his current job, and he was immediately drawn to the weather. Both the physical and social atmosphere held the promise that Austin would be a great place for his family to thrive.

Dunlap imagines an organization that truly bridges the gap between the haves and have-nots. The AAUL can best do this by connecting people to the resources needed to transition from being merely consumers to the designers and innovators of the future.

“The Urban League can continue the work of the old Civil Rights movement by engaging disconnected youth,” Dunlap said in a recent interview with soulciti. He went on to describe the foundational programming the AAUL has in place to provide the skills needed to compete in the age of rapid technological advancement.

Through educational/workforce development training, Austin-area students can pursue a future in which they are positioned to make a livable wage and continue to build for future generations. The National Urban League has a curriculum designed to cultivate the scientific mind, improve literacy, develop critical analytical skills, and strengthen the financial capabilities of its participants. There is even a health and wellness component to ensure that participants make life choices that enable them to stay strong and healthy as they pursue their goals.

Dunlap has his eyes on ways to partner with area school districts, such as AISD, Del Valle, and Manor to identify students who can benefit from such training and mentorship. There is also a workforce and development training program for young adults, even those who may have a criminal record, to invest in their future.

While Dunlap has an ever-expanding list of possibilities, he is clear that AAUL’s success is largely dependent on the support of the local community. He strongly encourages the community to meet them at their regularly held roundtable discussions or wherever they may be seen in around the community. 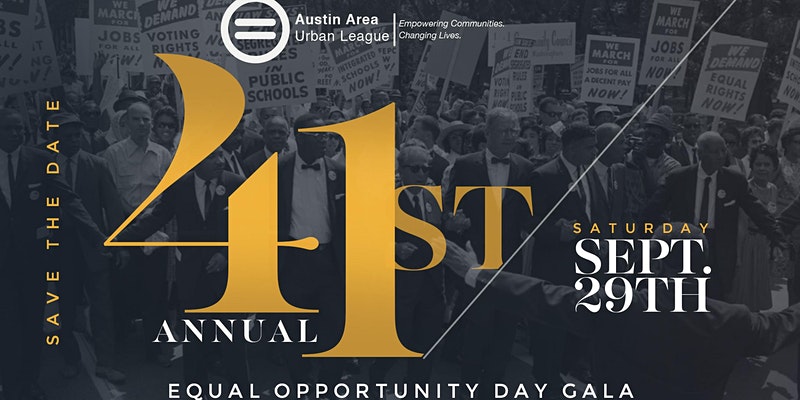 A great opportunity to connect with the AAUL will be at the 41st Equal Opportunity Day Gala on September 29th.  There, attendees will honor trailblazers from Central Texas and learn how to support the organization that remains as committed to the uplifting of disenfranchised black and brown communities as it was at its founding in 1976.