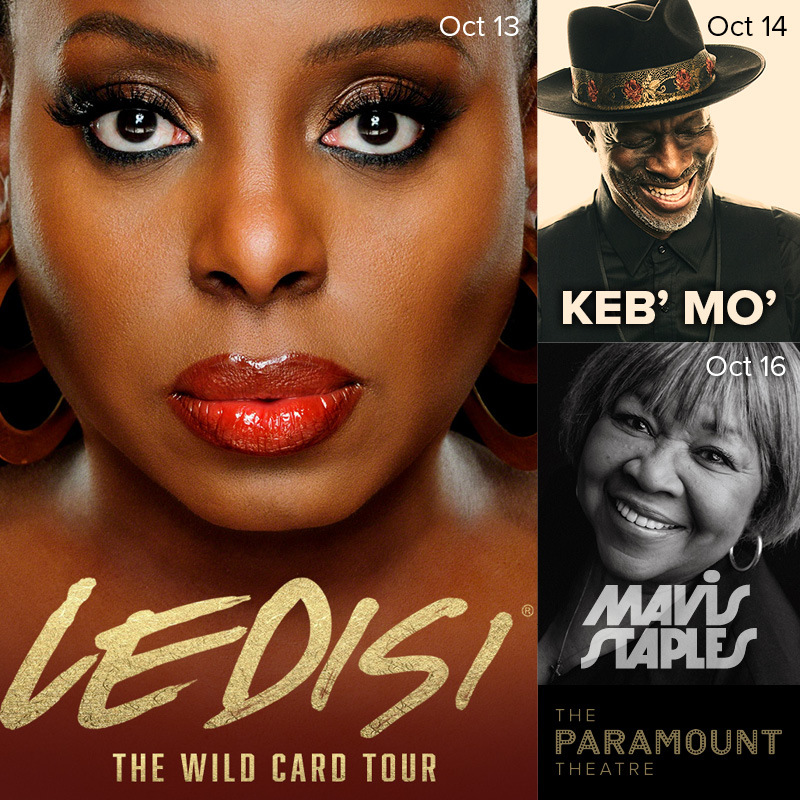 Born in New Orleans and raised in Oakland, CA, Ledisi has wowed fans with her unparalleled vocals ever since she burst onto the scene. She has truly earned a place in the pantheon of the greatest singers of her generation. Ledisi is a favorite of The Obamas and a long list of icons including the late Prince, Patti LaBelle, Smokey Robinson, Stevie Wonder, Chaka Khan and so many more. She has headlined two national sold-out tours, performed alongside Dave Matthews, Kelly Clarkson, Vince Gill, and Maxwell as well as jazz greats Herbie Hancock and Patti Austin.