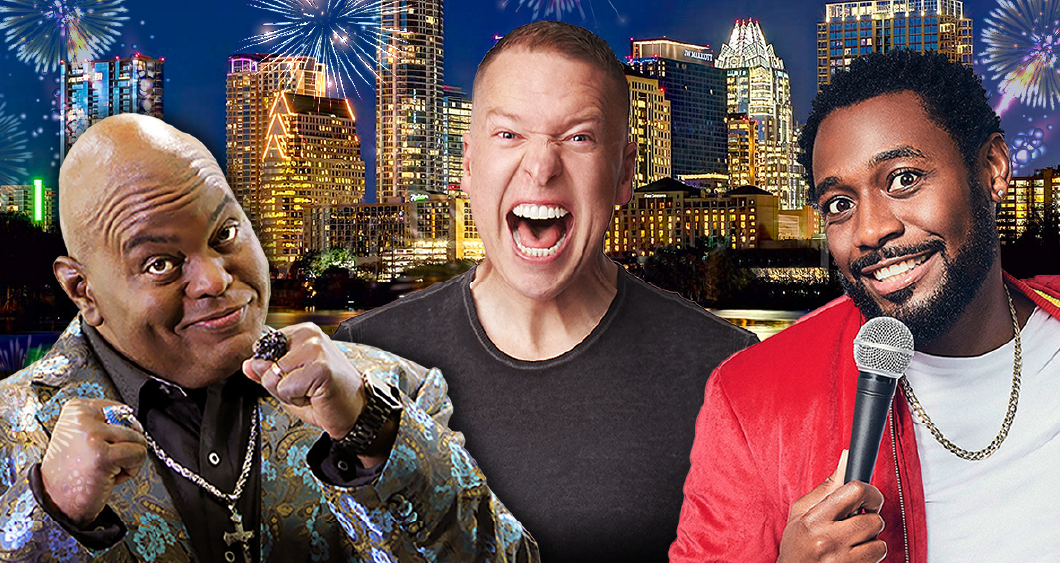 Get ready to ring in the new year with laughter! The NYE Comedy Takeover kicks off on December 29th in the Capital City of Austin, Texas. Hosted by the legendary Gary Owen, with special performances by Lavell Crawford and Kountry Wayne, you’re sure to experience a night of hilarity, witty banter, and downright fun.

Gary Owen has been entertaining American audiences for more than a decade with his side-splitting comedy. Having performed to sold-out audiences in all the major comedy clubs and theatres across the country, Owen is one of America’s most beloved comedians and was proclaimed by Ebony magazine as Black America’s “Favorite White Comedian.”

Lavell Crawford is a SAG Award Winning actor, writer, and producer who is best known for playing Saul Goodman’s bodyguard, “Huell Babineaux” on AMC’S Breaking Bad. Lavell has repeatedly guest-hosted the Steve Harvey Radio Show and has had regular appearances on Chelsea Lately, Tosh.0, and Workaholics.

Wayne Colley, better known as “Kountry Wayne,” is not your average standup comedian. If you asked him to describe himself, he would say he is just a reserved vegan and father of eight who wants what’s best for his kids. He initially started performing in small clubs in Atlanta and by 2016 had embarked on a 45 city sold-out tour (2016 Child Support Tour). Since then Wayne has consistently performed year-round, regularly selling out clubs & theaters across the country to a diverse, wide-reaching audience with his unique brand of high energy, and clean content.