Banbury comes full-circle with an upcoming performance at Victory Grill.
0

Texas-born vocalist and librettist, Joshua Banbury, recently announced he’d be performing at Austin’s Victory Grill Friday, January 28th, 2022. “Austin! My first live public concert is this weekend,” he exclaimed. He continued, “Talk about full circle…I used to sing John Legend covers all over this city when I was a teen, and now I’m back as a grown man with a story to tell…”

The twenty-six-year-old has gained international attention for his work in opera, folk music, and jazz. He explains the historic importance of performing at Austin’s Historic Victory which once served as the premier stop along Austin’s Chitlin circuit. “Victory Grill is one of the first and oldest Jazz clubs in Austin. Legends like Billie Holiday, Tina Turner, Etta James, and James Brown have graced the stage of this legendary cultural institution,” Banbury notes. Since, with the help of power couple, Brandon and Tiffany Thornton and their popular Events company, Encore ATX, the Historic Victory Grill has continued its tradition of being a safe space that consistently provides fun, black-centered events.

I’m honored to have the opportunity to sing at this legendary club.

Banbury was not one to mince words when describing Austin’s state of affairs as it relates to the continuous decline of Austin’s Black population (7.8% Black according to 2021 World Population Review) and the continued displacement of the Black and Brown (Latinx) communities of East Austin.

“I’m honored to have the opportunity to sing at this legendary club. My hope is to expand on the tradition of creating space for artists of color in a historically and very quietly racist city. If you are a person of color who grew up in Austin, you know what I’m talking about. Gentrification has turned East Austin, a once historically black neighborhood, into a breeding ground for upper-middle-class tech-transplants.”

On his experience as a Jazz musician he adds, “Growing up here meant that exposure to a high caliber of artists of color was a rarity, I had to search far beyond Austin to find the inspiration I needed. Now that I am a man, I’d like to do something about that.”

He continues, “This concert is an attempt to showcase the exceptional jazz musicians within our community and preserve the culture while finding innovative ways to revitalize the form for future generations.” 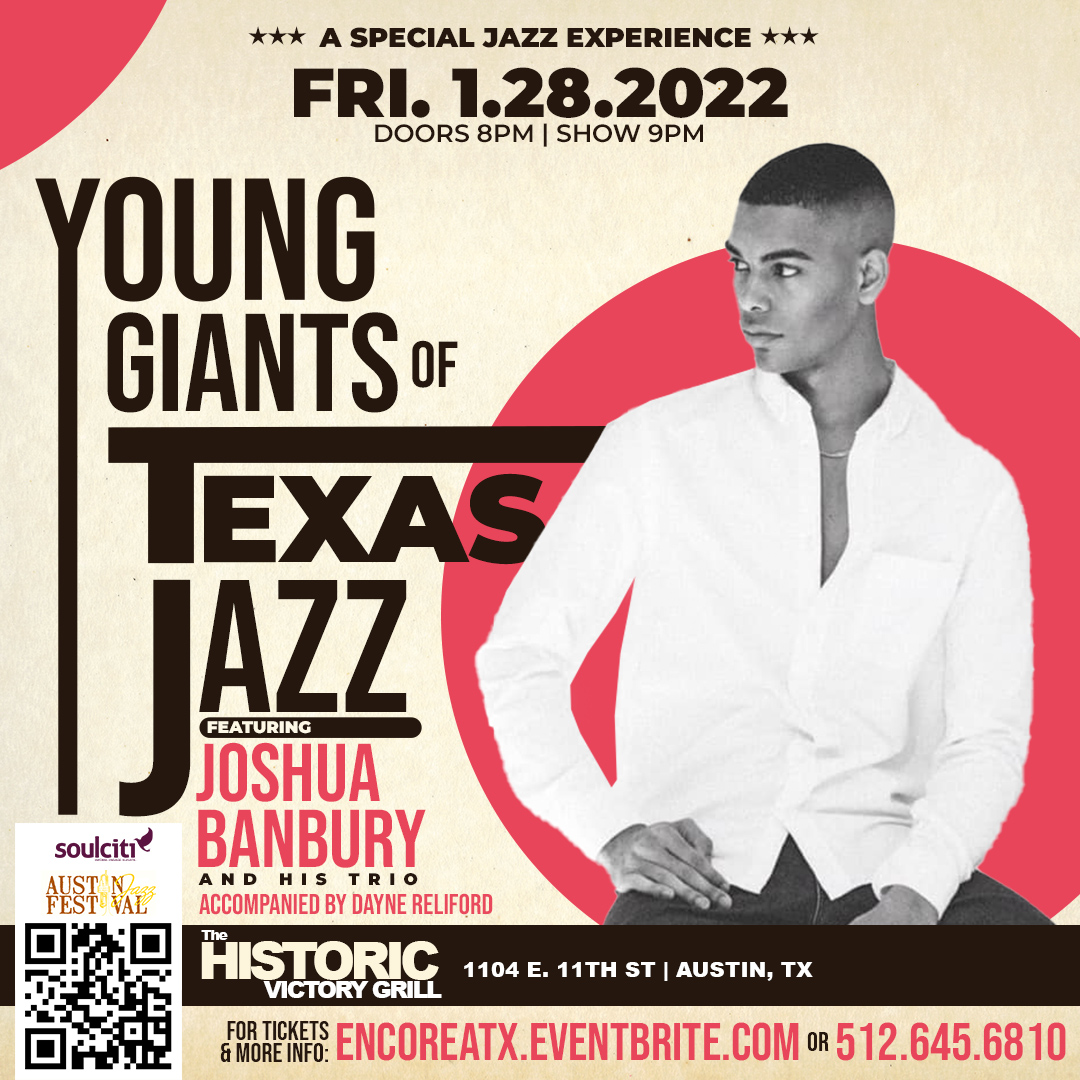 If you’d like to check out Joshua Banbury and his amazing Austin-based ensemble this Friday, a few tickets for this Friday’s performance are available. After this weekend, Banbury is back in NYC for his Lincoln Center debut with the New York Philharmonic Orchestra and the National Black Theatre.