Just when we thought someone’s blood sugar being low might be the weakest excuse for racism we’d hear this week, a white boy in Georgia had “a really bad day” and shot eight employees of an Atlanta-area massage parlor on Tuesday. Oh, he also blamed his “sex addiction” and being a victim of temptation for killing the seven women and one man – six of whom were Asian American.

Many are calling for the resignation of Cherokee County Deputy Sheriff Jay Baker, whose description of the perp’s “really bad day” seemed almost sympathetic toward the white domestic terrorist, who was brought into police custody without incident. The irony was not lost on Black people across social media, who were quick to point out that Breonna Taylor was killed in her sleep almost exactly one year earlier after police erroneously entered her Louisville home.

But as Black people know all too well, that’s what white supremacy and racism look like: sympathy for white perps and a desire to understand them, while Black perps — and even victims — are criminalized, dehumanized, and stripped of their humanity. Despite the fact that the same white supremacy and racism that led Robert Aaron Long to kill eight people in a Georgia massage parlor also led Dylan Roof to kill nine people in a Charleston church in 2015, when the perp is white, he’s a “lone wolf.” When the perp is Black, it’s evidence that Black people are thugs and super predators devoid of morality.

Racism and hate in any form is despicable and should not be tolerated. But for Black people, even when they are not the direct targets of the racist trope of the day, anti-Blackness still runs as a loud thread line. Whether it is a reminder of the differences in how police treat white perps and Black victims, or it is Black publications calling out Black people and publishing articles like “How Black people can be allies.” As if Black people have not been toiling on the battlefields against white supremacy for centuries. As if we did not write the blueprint for the struggle. As if we do not remain in the fight every day, long after the hashtags are no longer trending, after the headlines have died down, after the moments are over. As if these are not our lived experiences day in and day out. 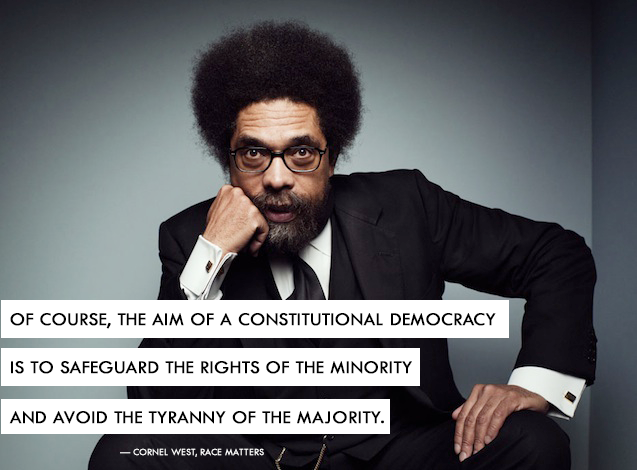 Falling into comparison traps of Oppression Olympics medals is counterproductive in the struggle against the common enemy that is racism and white supremacy. But calling out Black people specifically, as if white supremacy is a Black problem, is a pronounced form of anti-Blackness. This is not a Black problem. This is a white problem. White folks need to be calling out other white folks and the systems from which they benefit.

While Black folks have and will continue to do the work to dismantle racism and white supremacy in all of its forms — because we have historically sat at the bottom of every societal category — the fight is not ours alone. Luckily for others who may be newer to the fight, when you fight for the least of these, all of the ships rise. So the work we have been doing for centuries will benefit all of the victims of white supremacy and racism, without any need to call us out specifically in all of the fights.