Amy Cobb is on a mission to bridge the gap of Black business ownership in Texas.
0

A Mission to Expand Black Business Ownership in Austin and Beyond

The Lubbock native realizes she has a tremendous amount of privilege as a white-passing Latina with green eyes — and she’s determined to use her privilege to make the world better for her Black husband, daughter, and others who look like the closest members of her family.

“As a Latina, I know the power of community, and I want to be that conduit, I want to make those connections in the Black community,” she said.

In Cobb’s estimation, there are three major obstacles in the way of expansive Black entrepreneurship:

It’s connecting all those resources and leveraging them for the good.

“When you get the right marketing team, partner with the right bank, have those trust bridges built for a banker, for a real estate agent, for an attorney so you know who to go to to ask questions,” she says, then you’re on your way. “It’s putting all the pieces together. It’s connecting all those resources and leveraging them for the good.”

That’s exactly what Cobb hopes to provide as a small business consultant through her company, Amy Cobb Consulting, which she started last year during the pandemic in response to data that showed how Black-owned businesses were especially suffering. “I saw that small business owners, especially minority businesses — Black businesses — were having with getting approved for PPP loans” to keep their operations going during the pandemic, she said.

“The Black business owner has this amazing product ready to go at the right price point, but for some reason, this same shiny item in a different font, in a different color looks better to consumers,” she said.

This emphasis on white-is-right isn’t limited to white consumers, either. For both Black and Latino consumers, there’s often an internalized racism that suggests to them, too, that Black-owned businesses are second-class, making it even harder for Black entrepreneurs to thrive.

“A lot of it goes into the racism that was passed down. The ‘stay in your place.’ Even the subconscious fear of knowing too much, because it was once illegal to learn to read, hinders growth,” she said. “I grew up Hispanic, so I knew to be quiet and to stay under the radar. My parents named me Amy, so I could pass. I was told not to pronounce my (last) name, I needed to pronounce it in English instead of in Spanish. … A lot of Black business owners (similarly) just want to blend in. They don’t want to stand out. … They have a mindset of lack, and not limitlessness.”

She realizes that much of this is also tied to the idea that they’re starting everything from scratch; there often isn’t a blueprint for most Black business owners to see and follow in their families, she said. And then when you add the microaggressions they face in their daily lives trying to get started, and the general stress of being Black in a place that continues to devalue Black people, it makes it really hard for Black business owners to see the same kinds of success others enjoy. Even Latino business owners fare better in Texas, she said. 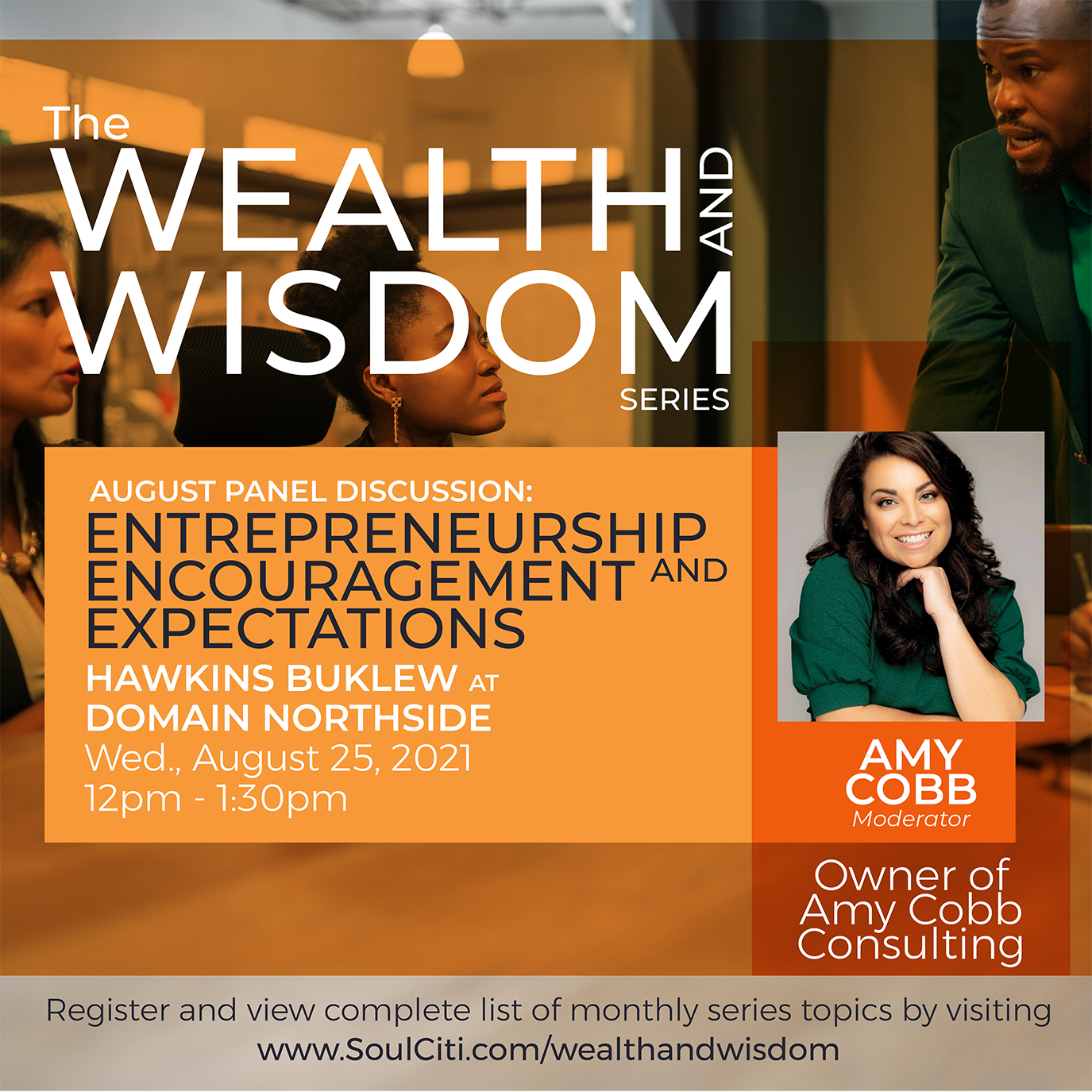 “I think entrepreneurship, especially Black entrepreneurship, will help bridge the wealth gap, and I’m trying to figure out a way to get the knowledge to the right people,” she said. “I’m of a service mind. I resonate pride for the Black community. I’m fighting for my husband and my daughter.”

Editor’s Note: griotmedia, which owns soulciti, has a professional relationship with Amy Cobb Consulting. However, the relationship between those entities did not influence the content of this article.