we’re gonna kick some butt and take some names

Now the former vice chancellor of Southern University at Shreveport is stepping into the president’s seat herself, succeeding Dr. Collette Pierce Burnette as the seventh president of Huston-Tillotson University.

“Just know we’re gonna kick some butt and take some names,” she said laughing during a recent conversation.

The statement is true to who she is: always smiling, usually laughing, but as committed and dedicated a professional as they come. She has worked in multiple roles for Southern University since 2013, including as interim vice chancellor of the New Orleans campus and a key member of the team that helped bring the university out of a $7.5 million deficit.

She is a hip-hop aficionado who recently co-taught a class on the business of trap music with T.I. at Clark Atlanta University and a presidential scholar who counts former Presidents Bill Clinton and George W. Bush among her mentors. She’s in ministry, and she loves Beyonce and trap music. The Grambling State University alumna and former Orchesis dancer is as likely to lead the electric slide during a country music performance as she is to negotiate key partnerships with top cybersecurity companies for the benefit of her students.

The world is looking for solutionists,

“Just [last] week, I had a call with a cyber company that wants to partner with us, because they realize that they really, really want more Black people in the cybertechnology space,” she said. After realizing a cyber program doesn’t require much infrastructure to get started, the program is poised to launch this school year.

“The world is looking for solutionists,” Williams continued. People may come to me with an idea, and it may go completely over my head … but my job is to create an atmosphere where creativity can happen. Where they can come and really innovate and ideate and go do something in the world that we haven’t seen.”

And Austin is the perfect place for that to happen, she said. “It really is the city being coupled with having an HBCU in a city that is a tech city is a purple unicorn. That’s where you have the best of both worlds,” Williams said is the reason she was drawn to the HT job as her first presidency — and first higher ed job away from her home state of Louisiana. 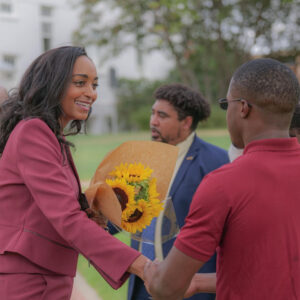 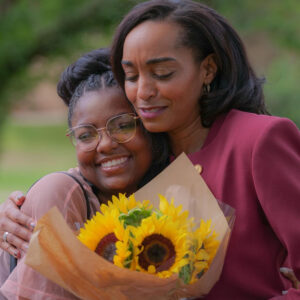 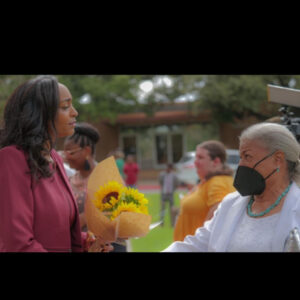 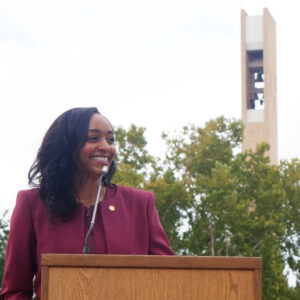 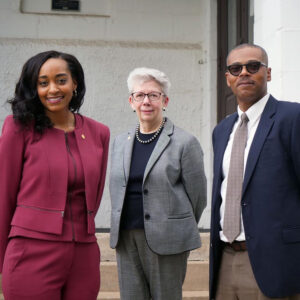 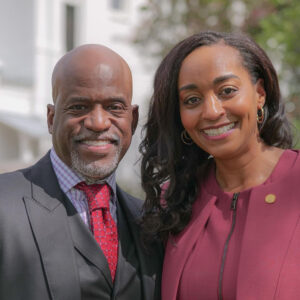 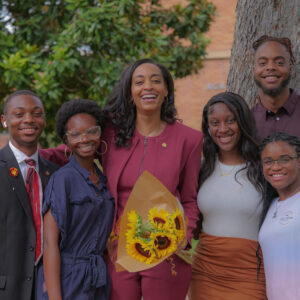 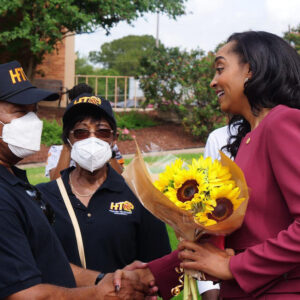 “Everybody’s always in the right place at the right time. It’s always you’re learning from a situation, you’re thriving in a situation, something is happening no matter where you see a situation, good or bad,” she said.

We’re poised for growth. Dr. Burnette did a phenomenal job of piloting programs, especially during a global pandemic.

And it’s the right time for her to step in at HT, she said. Despite her fun-natured spirit, Williams said she told faculty and staff in her first meetings with them last week that she expects a lot of hard work and a rigorous academic environment.

“We’re poised for growth. Dr. Burnette did a phenomenal job of piloting programs, especially during a global pandemic. We’re seeing the success of them, and we’re ready to double down on those.”

She does see Austin’s skyrocketing cost of living as the biggest hurdle she’ll need to overcome in attracting top-tier talent to the university. In her first week, she learned that some faculty currently commute long distances each day, and that still others are couch surfing during the week and returning home to their families on weekends.

And while she’s floored by the faculty’s commitment to showing up every day for students, she realizes those are not sustainable circumstances. It isn’t just faculty members whose living situations are unstable because of the city’s housing crisis; students and staff are also facing real challenges around being able to afford housing near campus. One of her key priorities is finding ways to partner with real estate developers or other organizations that might be able to help provide affordable housing for faculty, staff, and students on campus.

Anyone who’s ever met Williams can be sure folks will be eager to partner with her on behalf of the university; her magnetic personality and contagious laughter can be expected to open the door for many conversations.

“I got here because I’ve been myself, and I really don’t intend on doing anything else, because I’ve got that down,” she said. “I embrace culture, and I enjoy it. I enjoy seeing our students. I don’t know any better. I don’t know if I’m on the wrong side of town. I don’t know what rooms I’m not supposed to be in, so I’m going to just be everywhere.”

“I may be in a door, but I’m going to be bringing two or three people with me,” she said.