As one of the nation’s fastest-growing cities for over the past decade, and being labeled as Silicon Valley 2.0, what isn’t highlighted is that despite its growing population and economy, the economic divide has continued to deepen. In Austin, the racial wealth divide significantly affects Black and Latinx residents.
1

With just over 1million residents, Austin has grown to be the 4th largest city in Texas, and is in the top 15 of the largest cities in the United States.  The medium income disparities between Austin residents, and Black and Latinxs continues to grow. According to the US Census, together, Black and Latinx make up 42% of the city’s population. However, both these groups make up a disproportionate percentage of residents being left further and further behind. Austin now has the highest levels of Black and Latinx segregation in the region, and the greatest poverty gaps with Black and Latinx families averaging 17% percentage points greater than white households.

Here are some eye-opening statistics on the racial wealth divide in Austin:

These statistics show the racial inequity that impacts Black residents in Austin. But what does one do in order to strive towards closing the wealth divide? Specifically those in the Black community? It starts with financial empowerment which leads to wealth building.

What Is “Financial Empowerment”?

Once financial empowerment has been obtained, the path to building wealth can begin. 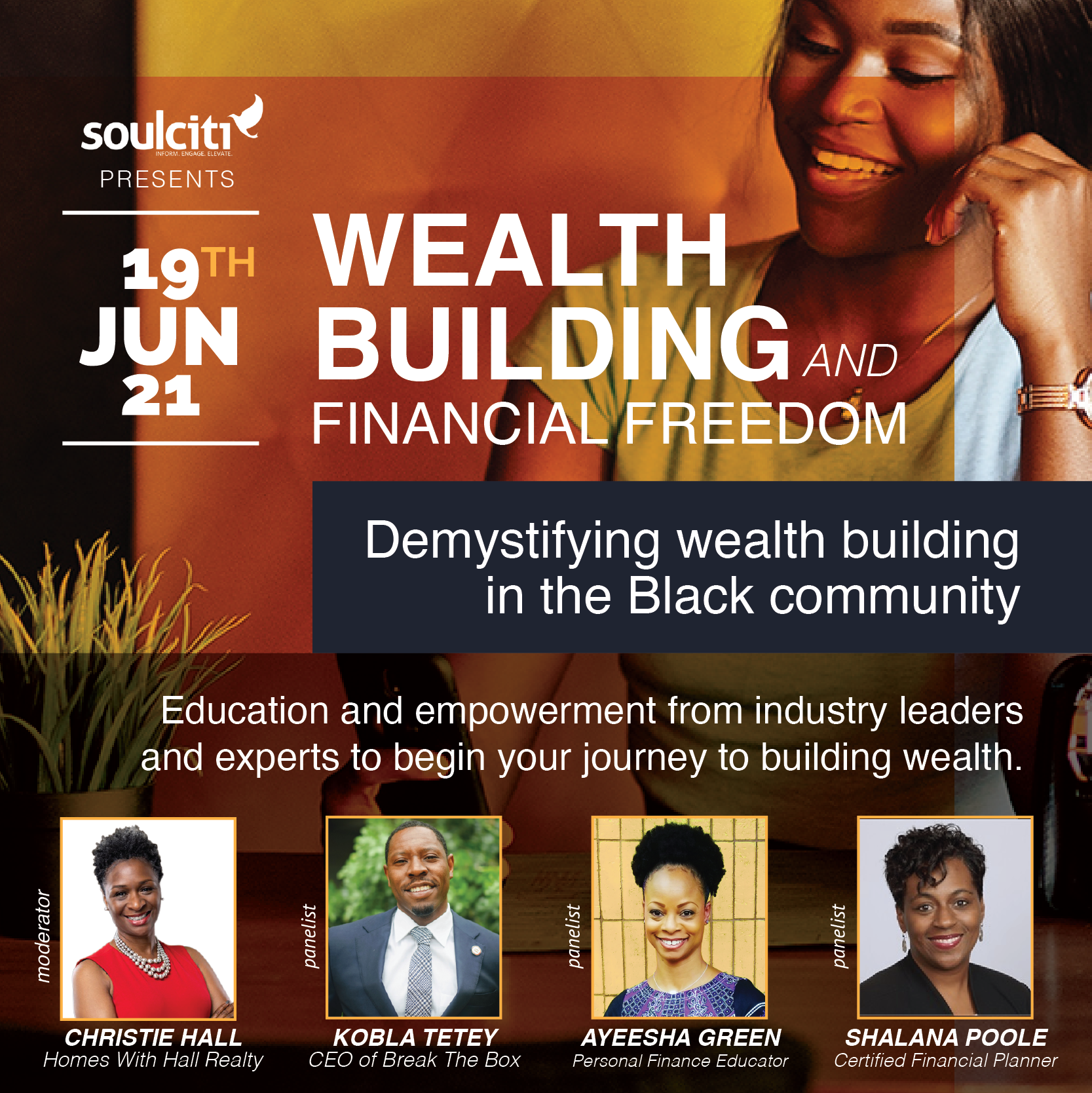 What Is “Building Wealth”?

Building Wealth incorporates efforts to create and maintain income through many sources. This includes savings accounts, cash and investments. According to the Merriam-Webster dictionary, wealth is an abundance of resources, including all property with monetary value or economic utility.

Building wealth can sometimes be perceived as unobtainable in the Black community. With ‘abundance’ being used to define wealth building, many people count themselves out, without even realizing that they too have the opportunity to indeed build wealth for themselves, their families, and generations to come.

The wealth gap is large, and even though it appears to be an uphill battle, the reward of gaining your own financial empowerment and building wealth has great rewards. Financial empowerment and wealth building is one of the primary ways for Black residents in Austin to do their part in closing the wealth gap, as well as leave a legacy and help set up future generations for success.

When it comes to taking the first steps in your financial journey, attending events designed to educate and empower Black and minority Austinites is a great starting point, in addition to the ones listed above. Those events are often catered to addressing the specific needs and challenges that our communities face, in addition to providing knowledge, assistance and resources.

This June, The Black Chamber of Commerce hosted its First Friday Get Your Money Right event, to provide information on setting realistic personal and professional goals for businesses as part of the business development series. The Village CoOp also hosted a class on trading, titled Learn The New Rules of Money. These are just a few examples of local resources and classes happening in and around the Austin area, for minorities, by minorities.

June 19th, soulciti, in partnership with the African American Youth Harvest Foundation, Homes With Hall Realty, and D. Foster Marketing, will be hosting a Wealth Building and Financial Empowerment panel discussion. Christie Hall will moderate as panelist Kobla Tetey of Break the Box, Ayeesha Green, personal finance educator at ACC and Shalana Poole, Certified Financial Planner, address wealth-building, financial empowerment, how they relate  to the Black experience and more. Be sure to register today.